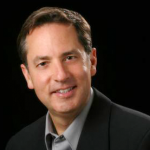 Primary instructor and institute coordinator for all of the courses

Dr. Polite has been teaching chromatography to professionals for more than 27 years. Lee is the National Instructor for the American Chemical Society’s popular “Practical and Applied GC”, “Fundamentals of HPLC” and all hands-on HPLC and GC courses. His company, Axion Analytical Labs, Inc, is the only designated “Alliance Training Partner” to Agilent Technologies for chromatography courses. Agilent is the world’s largest chromatography company. Lee has also taught courses for the FDA, FBI Academy, EPA and every major pharmaceutical, chemical and petroleum company in the US. Dr. Polite has been an invited chromatography lecturer in 17 countries. He is the author of 3 book chapters on chromatography, several refereed publications, and more than 100 professional course manuals on chromatography. Before becoming lab director for Axion, Lee spent 9 years with Amoco Corporation with a variety of responsibilities including: heading up their HPLC efforts, serving as Technology Supervisor of a refinery lab, and Group Leader of their environmental analysis efforts. He also spent time working as an applications chemist for a major HPLC vendor, an HPLC specialist for a QC laboratory, and a technician in a pharmacology research lab. He was conferred his Ph.D. in chromatography by Professor Harold McNair.

Mr. Fox is one of three Agilent certified software instructors. He specializes in software and Analog to Digital Conversion issues. He is also well known expert in integration matters. He is well-known in the industry as an expert in chemometrics. Lew spent more than a decade teaching gas chromatography for Hewlett Packard and Agilent Technologies. Since his retirement from Agilent nearly 10 years ago, Lew has been teaching gas chromatography hardware and software courses at Axion Labs. 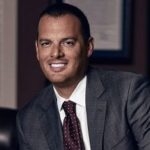 Josh D. Lee is an Oklahoma based, AV Preeminent-Rated attorney. He is nationally recognized for his expertise on forensic science related topics and has lectured over 250 times in 22 different states and two countries. In addition to his law degree, he has earned a Master of Science in Pharmacy from the University of Florida. He is also a Nationally Registered EMT. Mr. Lee has lectured at the American Chemical Society (ACS) as well as the American Academy of Forensic Science (AAFS) national meetings. In 2011, Josh was elected Forensic Science Co-Chairman for the Chemistry and the Law Division of the ACS. He is also an “Assistant Chromatography Instructor” for the ACS. Josh is the only Oklahoma attorney to be recognized as an “ACS Forensic Lawyer-Scientist” as designated by the Chemistry and the Law Division of the ACS. In 2018, Josh was recognized by Oklahoma Magazine as a top “40 Under 40” young leader in Oklahoma. He has received two Presidents Award’s from the Oklahoma Criminal Defense Lawyers Association and a Dean’s Award from the National College for DUI Defense. The Oklahoma Bar Association honored Josh with its Fern Holland Courageous Lawyer Award in 2018. Mr. Lee is a published author on various science and law topics including gas chromatography, blood testing, breath testing, oral fluid testing, forensic science reform, drug testing, drug analogues, search and seizure, and trial advocacy. He is an instructor of the Standardized Field Sobriety Tests, certified independent operator of the Intoxilyzer 5000 and Intoxilyzer 8000, and is trained in the Drug Recognition Expert program. Mr. Lee is a founding member of the firm Ward Lee & Coats, PLC. He serves on the Board of Directors for the non-profit organization Freedom of Information Oklahoma, Inc., and serves as Past President of the DUI Defense Lawyers Association Justice Foundation. He is a volunteer attorney for the Oklahoma Innocence Project and has worked to successfully exonerate two men wrongfully convicted of murder after they spent 22 years in prison. He is a volunteer firefighter in his hometown of Vinita, Oklahoma. He is certified as Firefighter Levels I & II, Fire Instructor, Hazardous Materials Operations, Swiftwater Rescue Technician Levels I & II, and High Angle Rope Rescue Technician Levels I & II. He also serves as the Director of the Craig County Swiftwater Rescue Task Force.

Ronald L. Moore has a unique combination of past experiences that he brings to his teaching and testimony as an expert witness. Mr. Moore was a forensic scientist at the Orange County Crime Lab for over 18 years, working in Toxicology, Controlled Substances, Firearms & Toolmarks, and Crime Scene Investigation (CSI). He testified in over 600 cases as an expert witness, and participated in the investigation of approximately 50 homicides, 25 officer involved shootings, and over 100 autopsies, as well as analyzing over 40,000 blood and urine samples for alcohol by headspace gas chromatography and training hundreds of police officers in evidential breath testing with the Intoxilyzer 5000, BAC Datamaster, and Alco-Sensor IV. While still working at the lab, he graduated valedictorian, magna cum laude, from Western State University College of Law. He turned to the practice of law after 18 months as Supervisor of the Forensic Alcohol unit. He spent about 8 years as a criminal defense attorney focused on DUI defense, before opening his practice as a consulting toxicologist. Mr. Moore is an SFST instructor and was Forensic Sobriety Assessment certified, as well as trained in the DRE protocol. He also spent over 14 years as a reserve Deputy Sheriff with 6 years as a Search and Rescue K9 handler and 4 years as an Emergency Medical Technician. Mr. Moore is still a licensed attorney in the state of California and is admitted to practice before the United States Supreme Court. He holds a Bachelor of Science in Biology from the University of California, Riverside and a Master’s degree in Forensic Toxicology from the University of Florida. Mr. Moore is a frequent speaker at legal conferences across the country and has published articles in both legal and scientific journals. 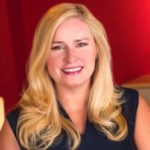 AV-rated attorney Deandra Grant is Managing Partner of Deandra Grant Law and her practice is focused on DWI defense in Texas. A graduate of Trinity University in San Antonio and Southern Methodist University’s School of Law, she is a national speaker on DWI law and science and the co-author of the annually updated book, The Texas DWI Manual (James Publishing), Texas DWI: Truth & Consequences and Surviving Your Texas DWI. Deandra is a Standardized Field Sobriety Testing Instructor and has completed the Drug Recognition Overview course. She was the first attorney in Texas to pass the Forensic Sobriety Assessment Certification exam. In addition, she has completed coursework in DWI forensic blood and urine testing and was trained as an operator and maintenance technician of the Intoxilyzer 5000. Deandra has certificates in Forensic Chromatography: Theory & Practice (2011 & 2015), Forensic Analysis of Solid Drugs (2014) and Forensic Principles of DUID (2015) issued by Axion Labs and the American Chemical Society. In 2015, Deandra earned the distinction of being named an ACS-CHAL Forensic Lawyer-Scientist. Deandra is a member of the Texas Criminal Defense Lawyers Association (Board Member 2011-2016), the Dallas Bar Association, the Collin County Criminal Defense Lawyers Association and the Dallas Criminal Defense Lawyers Association (Board Member since 2007). In addition, Deandra is a Charter Member and President-Emeritus of the DUI Defense Lawyers Association. She is also a member of the American Chemical Society and the American Academy of Forensic Sciences. D Magazine has named Deandra to its list of Best Women Lawyers and Best Lawyers in Dallas. She’s been named a “Texas Super Lawyer” and one of Texas’ Top Rated Lawyers. Best Lawyers in Dallas named her one of the Top 10 DWI Lawyers in Dallas. Deandra completed a Graduate Certificate in Forensic Toxicology from the University of Florida’s College of Veterinary Medicine and a Masters Degree in Pharmaceutical Science – Concentration in Forensic Science from the University of Florida’s College of Pharmacy in 2016. Axion Analytical Labs added Deandra to their faculty in 2019.

Ms. Harris is an independent forensic science consultant and expert witness and a PA licensed attorney working in the areas of criminal and regulatory drug law. Ms. Harris holds a Master of Forensic Science degree from The George Washington University where she concentrated in the areas of forensic chemistry and toxicology. While at GWU, she taught laboratory and recitation courses in the Department of Chemistry and she performed research assistance for the forensic toxicologist in the Department of Forensic Science. She began her career as a forensic scientist at the Bexar County Criminal Investigation Laboratory in San Antonio TX where she worked primarily in drug analysis and clandestine lab analysis. Upon relocation to Philadelphia, Ms. Harris worked at major private forensic and clinical laboratory in Willow Grove, PA as a forensic chemist and attended Temple University’s Beasley School of Law in the part-time evening program. She is an adjunct professor at Arcadia College. She lectures nationally.

T. Celeste Napier, PhD, is a professor in the department of Psychiatry. She also is the Director for the research and education Center for Compulsive Behavior and Addiction. Dr. Napier’s research is funded by grants from the National Institutes of Health, Foundations, and Philanthropic Organizations.