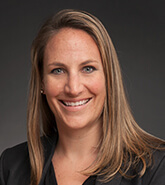 Attorney Katherine Kennedy began her career at the 1st Judicial District Attorneys office as a Deputy District Attorney, in Denver Colorado. After working for 3 1/2 years as a DA and gaining valuable courtroom experience, she left for a more rewarding career in criminal defense. She is an attorney that believes in using forensic science as a defense tool in the courtroom.

She is a 3-time graduate of the Axion Lab Forensic Chromatography course. She has also completed the Axion Lab Forensic Drug Analysis course and Forensic Principles of DUI-D course. In addition to the Chromatography courses, she completed the Forensic DNA course in Boise, Idaho, taught by the nationally recognized DNA expert, Greg Hampikian. She has been accepted as a presenter on the topic of DNA mixture analysis at the American Chemical Society meeting in Dallas, Texas in March 2014.

She is a member of the Pennsylvania Association of Drunk Driving Defense Attorneys (PADDDA), the National College of DUI Defense (NCDD), The National Association of Criminal Defense Lawyers (NACDL), The American Chemical Society (ACS) and the American Academy of Forensic Science (AAFS). She has successfully used science to defend those citizens among us accused.

A believes that knowledge is power. By improving her skill set and knowledge base as an attorney, she can better serve her clients. Katy is also a strong believer in the constitution and protecting the rights of those who stand accused from the strong arm of the government.

“My first GC course at Axion opened up a whole new aspect of my trial practice as I began my shift from defending clients with words to defending them with both words and science. If you are representing clients charged with criminal cases where chemical evidence is an issue, this training is a must.”
– Deandra M. Grant, BS, JD, GC, MS/ ACS-CHAL Forensic Lawyer-Scientist

“Axion is the Mecca for learning in chromatography. Ever since attending Axion, I regularly win blood test DWI trials where the blood comes in to evidence. Nothing else in the nation even compares to Axion with the quality of instructors, the number of hands-on usable GCs, and being taught by the top lawyers in the nation how to use the science to win trials making sure justice results in every case. Furthermore, Axion is the only place to get the ACS-CHAL Lawyer Scientist designation. Every Lawyer Scientist I know wins blood test DWI trials on a regular basis. Simply put, every single DWI trial lawyer needs to attend Axion training and complete the Lawyer-Scientist designation to remain at the top of the field.”
– Mark Thiessen, Esquire/ ACS-CHAL Forensic Lawyer-Scientist

“Please, please let me in on future programs like this. In fact, sign me up now.”
– Carl Ward, Esquire

“Axion has the best training program in the country for attorneys handling drug or alcohol cases! As an attorney that exclusively handles cases involving impaired driving, I have reviewed and attended dozens of legal and scientific education courses. None of which have been proven as valuable as the Axion courses in achieving successful case results for my clients. If I could choose only one program to attend, my choice is Axion!”
– Jeremy Brehmer, Esquire, Esquire / ACS-CHAL Forensic Lawyer-Scientist