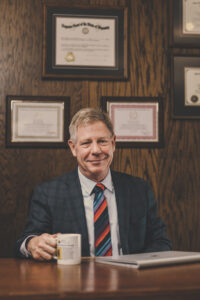 Mr. Vang was born and raised in Casper Wyoming, where won the 1982 Wyoming High School Debate championship and was awarded a debate scholarship to attend the University of Wyoming (UW). Mr. Vang obtained a B.S. degree in political science in 1991. Mr. Vang was one (1) – of two (2) college students named as a member to the 1991 U.S. College Debate Team that traveled and completed in Great Britain. Mr. Vang graduated from UW law school and has practiced law in Laramie, Wyoming, where he specializes in driving under the influence (DUI) and criminal cases.

Mr. Vang is a member of the Wyoming Trial Lawyers Association (WTLA) and regularly presents continuing legal education (CLE) classes to other attorneys concerning DUI and implied consent laws for the WTLA. Mr. Vang is a founding member of the DUI Defense Lawyers Association (DUIDLA) and a sustaining member of National College of DUI Defense (NCDD). Mr. Vang was appointed to Wyoming Governor’s Council on Impaired Driving from 2003-2008.

Mr. Vang was appointed as a Magistrate Judge for Albany County Circuit Court from 2005-2012. Mr. Vang was awarded the Forensic Lawyer-Scientist Designation as recognized by the Chemistry and the Law Division of the American Chemical Society (ACS) – (June 13, 2015 to present). Mr. Vang currently has thirty-five (35) – reported cases before the Wyoming Supreme Court. Mr. Vang is currently admitted to practice law in all courts in the state of Wyoming, the Tenth Circuit Court of Appeals, and the United States Supreme Court.