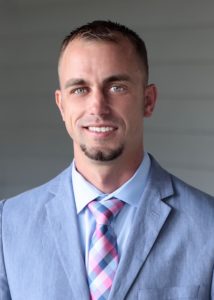 J.W. Anderson was born in Brenham, Texas, and raised in the small town of New Ulm, Texas. After graduating from Brenham High School, he signed up to serve his country in the United States Army. He served as an Infantryman and did a tour overseas in Iraq, where he received a Purple Heart for injuries sustained in combat. While in the army, he learned a lot of phrases, but the one that stayed with him the most was, “I’ve got your six.” As a soldier, it meant “I’ve got your back,” no matter what. He attended Sam Houston State University, where he received a Bachelor of Science in Criminal Justice. He then attended law school at South Texas College of Law in downtown Houston. While attending law school, he interned at Donato, Minx, Brown & Pool. During that time, he assisted attorneys in various personal injury and subrogation cases. He also clerked for Phil Baker P.C., assisting him with various criminal defense cases.

In May 2016, he opened J.W. Anderson Law Firm, PLLC, and began helping clients in various criminal law defense, family law, and personal injury law situations. He has taken the tactics the military taught him to succeed in battle, and used them to fight his clients’ battles in the courtroom, all while preserving the core values of respect, honor, loyalty, personal courage, duty, selfless service, and most of all, integrity.