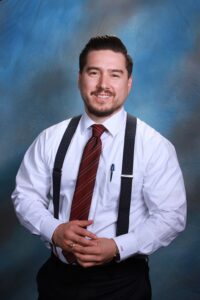 In 2014, Javier graduated summa cum laude of Thurgood Marshall School of Law in Houston, Texas. While attending law school, Javier obtained the highest grade in both Criminal and Torts Law in his section. Throughout law school, Javier participated in intense trial advocacy training under the direction of well-renowned trial expert, Jerry Galow. Javier spent several hours every week, learning and refining his trial skills in addition to a rigorous study and class schedule. Javier’s third year of law school, he applied to participate in Thurgood Marshall’s Criminal Defense Legal Clinic. He was one of only two selected from a large pool of applicants. As part of the clinic, Javier represented clients accused of committing misdemeanor offenses in Harris County. Javier was still in law school when he tried his first jury trial in Harris County Criminal Court at Law No. 2.

In 2014 Javier was hired by the Webb County District Attorney’s Office and was assigned to County Court at Law No. 1 where he processed thousands of misdemeanor cases, involving Driving While Intoxicated (“DWI”); possession of drugs; assaults; thefts; evading arrests; reckless driving, among others.

As a prosecutor, Javier understood the adversarial nature of the criminal justice system. He was reasonable and fair, keeping the community’s safety and best interest in mind, while understanding the consequences of final convictions on each individual defendant. Javier did NOT try to convict people at all costs, rather he sought justice in every case. Because of his courtroom skills and ability to handle jury trials, Javier quickly became an accomplished trial attorney. More importantly, he gained the respect of his fellow attorneys and developed the reputation as an attorney who does not back down from a fight.

After a successful period in the Domestic Violence Unit, Javier Guzman once again promoted to the 111th District Court General Felony Division. While assigned to this division, Javier successfully handled jury trials, ranging from Burglary of a Habitation to Murder. He also processed hundreds of cases including Murder, Manslaughter, Aggravated Assault, Robbery, Aggravated Robbery, Drugs, Driving While Intoxicated (“DWI”), Theft, Evading in a Motor Vehicle, Unauthorized Use of a Motor Vehicle. Again, Javier was NOT interested in convicting at all cost.

On October 29, 2021, he became the first Lawyer Scientist as designated by the American Chemical Society with a principle place of business in Laredo, TX.