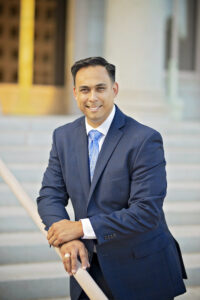 Jason Sosa is the Felony Trial Chief with the Concho Valley Public Defender’s Office in San Angelo, Texas. Jason has gained a reputation as a client-centered trial attorney who believes in fighting for his clients in front of juries. As an expert in intoxication cases, he is routinely sought out by public defenders and private attorneys for advice when it comes to defending intoxication and drug cases. Raised in a military family and the son of a United States Air Force Colonel, Jason understands sacrifice and what it means to stand up for justice and individual rights.

Prior to becoming a Harris County Public Defender, Jason was a faculty member at Rice University. While at Rice he earned several teaching awards and published many peer-reviewed articles. Because of his legal and educational background he was intrigued with Forensic Chromatography. In November 2018, he completed the Forensic Chromatography, Solid Drug, and Driving Under the Influence of Drugs courses at Axion Training Institute and Analytical Laboratory in Chicago, Illinois. The training focused on many forensic aspects of criminal cases including courses in Standardized Field Sobriety Testing, Laboratory Experiments, and Drug Chemistry.

Jason is also a member of DUIDLA, and a graduate and faculty member of The Trial Lawyers College.

Jason received his bachelor’s degree, Masters, and PhD from Texas A&M University and is a graduate of Thurgood Marshall School of Law.