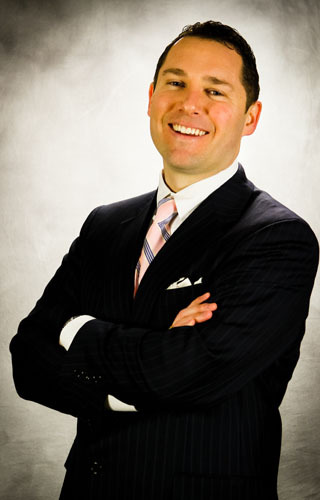 Greg Watt received his B.F.A. from Emporia State, M.A. from Kansas State, and J.D. from The University of Tulsa College of Law. Greg began his career working as the associate director for governmental relations at Emporia State University. He left Emporia to accept a teaching position at Kansas State where he taught public speaking for two years.

At the University of Tulsa College of Law Greg served as an editor of the Tulsa Journal of International Law. Also, during this time he was hired by the Tulsa County District Attorney’s Office and worked under the guidance of District Attorney, Tim Harris.

After leaving Tulsa, Greg was hired by the Jackson County Prosecutor’s Office where he spent the next five years putting some of the most dangerous criminals in Kansas City behind bars. It was at the Jackson County Prosecutor’s Office where Greg was given the finest training available by some of the most gifted trial lawyers in Kansas City. Over the years he has also continued his work in the classroom, teaching speech classes for Metropolitan Community College, as well as UMKC.

Greg has been recognized as one of the most accomplished criminal defense lawyers in the Kansas City area because like any good fighter — he only trains with the best. He holds advanced credentials in: DNA Analysis; Drug Recognition Expert Protocol; Standard Field Sobriety Testing; Standard Field Sobriety Instructor; Gas and Liquid Chromatography; DUI(D) Analysis; Forensic Drug Analysis and the use of FTIR technology; Advanced Roadside Impairment Driver Enforcement Protocol; Breath Testing; and Advanced Trial Techniques.

Greg has been recognized by Super Lawyers Magazine, The Kansas City Business Journal, and Expertise.com for his excellence in criminal defense. He is a 2017 graduate of the National Criminal Defense College; and, he is one of only twelve lifetime members of the Missouri Association of Criminal Defense Lawyers.