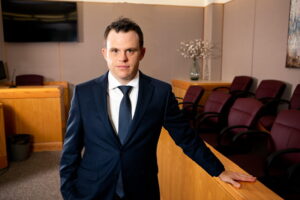 Flint Schneider is a criminal defense attorney from Dallas, Texas specializing in DWI/DUI and
Drug cases. Flint began his career as a prosecutor, where he tried over 30 cases to a jury
ranging from DWI/DUI to Capital Murder. In 2015, he founded his own law firm, Schneider Legal
PLLC, where he currently represents the criminally accused. In 2022, he received his Forensic-
Lawyer Scientist Designation under the tutelage of Dr. Lee Polite of Axion Labs in Chicago, IL.