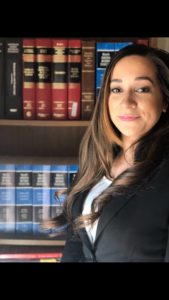 Ms. Lelli was raised in Phoenix, Arizona and has maintained her home in that community. Ms. Lelli graduated from Arizona State University with a B.S. in Justice Studies in 2012. She earned her Juris Doctor from Arizona Summit Law School in 2015. Ms. Lelli worked for two larger firms prior to starting her own practice. The majority of her work is criminal defense with a focus on Driving Under the Influence. Ms. Lelli is a member of the DUI Defense Lawyers Association (DUIDLA). Ms. Lelli has been featured on multiple local radio stations and a news outlet due to her advocacy for her clients and experience with criminal matters. Recently, after completing a rigorous course, she became the first and only lawyer in the state of Arizona to become an ACS-CHAL Forensic Lawyer-Scientist as designated by the American Chemical Society. Ms. Lelli plans to continue practicing in Arizona and representing her clients through her exhaustive legal research, compassion and knowledge in criminal defense. The ACS-CHAL Forensic Lawyer-Scientist courses has allowed Ms. Lelli to provide a scientific approach to defending her clients.