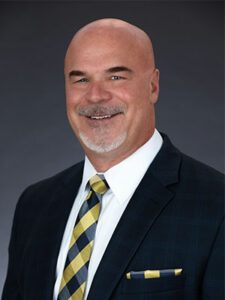 With nearly 27 years of quality experience in criminal law, Mr. Cavanaugh has handled cases involving virtually every crime in Florida. He has extensive trial experience throughout Southwest Florida.

Prior to working as a criminal defense attorney, Mr. Cavanaugh prosecuted and supervised prosecutors in various counties. He was awarded Attorney of the Year in 2004. He worked in Lee County (Special Victims’ Unit) and served as Chief Assistant State Attorney in Hendry and Glades counties. He went on to serve as the Misdemeanor and Juvenile Chief in the Collier County State Attorney’s Office which involved significant DUI and drug case involvement.

Mr. Cavanaugh has trained law enforcement in both Florida and Vermont. He was a part-time instructor at the Southwest Florida Public Service Academy and organized quarterly training exercises to a cross-section of law enforcement at inter-agency training in both states.

As a prosecutor, Mr. Cavanaugh handled serious and high-profile cases and was even featured on the Dateline NBC’s “To Catch a Predator” series to make legal charging decisions in real-time. He also sat on the State Attorney’s hiring and death penalty committees.

Mr. Cavanaugh has been representing clients in Collier and Lee County Florida for charges involving DUI, BUI, drugs and various other criminal allegations.

Mr. Cavanaugh received the highest possible rating by his peers by being rated AV Preeminent®

He is a member of the DUI Defense Lawyers Association.