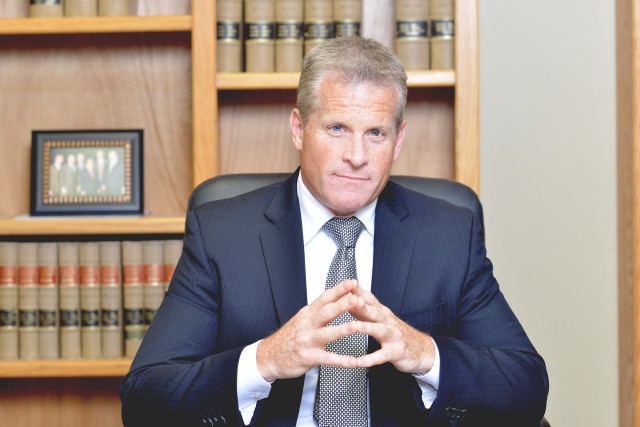 Starting in 1995, after his honorable discharge from service in the United States Army, Charles (“Chuck”) Ramsay founded Ramsay Law Firm . . . and has been practicing criminal defense ever since. Chuck has built a nation-wide reputation as the “go-to” guy for defending DWI cases, and along the way gained acquittals in every type of case imaginable (and in non-DWI cases, up to and including First Degree Murder). While he still handles the occasional non-DWI case, Chuck’s passion rests in defending anyone charged with a DWI. A well-known trial attorney, Chuck has brought more DWI cases to trial than most defense attorneys have even taken on. And his passion extends beyond trial; Chuck has appeared before the Minnesota Court of Appeals and the Supreme Court in approximately 100 cases.

Chuck is on the top of any “who’s who” list of defense attorneys in Minnesota, and for many good reasons. He pioneered number of defenses in Minnesota, including now-established challenges to faulty eyewitness identification, false confessions, and the right of a defendant to present alternative suspects to a jury. Chuck was also the driving force behind challenges to Minnesota’s old breath test machine (the Intoxilyer 5000EN) and even went to federal court to force the manufacturer to release their software’s source code. Chuck’s efforts as a member of the Source Code Trial Team and his personal efforts in federal court finally led Minnesota to abandon the Intoxilyzer entirely and admit that their machine erroneously treated valid breath samples as “refusals” due to errors in the source code.
Chuck is one of the only attorneys in Minnesota to graduate from the prestigious Robert F. Borkenstein Course on Alcohol and Highway Safety at the University of Indiana (a course for prosecutors and law enforcement agents that no longer even permits defense attorneys to attend). Any attorney can claim they understand DWI defense . . . but Chuck is was a faculty member for the National College of DUI Defense (NCDD), presenting cutting edge DWI defense strategies to a nationwide audience of defense attorneys. Any attorney can claim that they are willing to give their best effort when they represent you . . . but Chuck is the only attorney in Minnesota to have earned the American Chemical Society “Forensic Lawyer-Scientist” designation (ACS-CHAL), meaning that when Chuck is in a courtroom, he understands how a breath, blood, or urine test works better than anyone else in the area. And that includes the State’s own expert witnesses.

Mr. Ramsay can be reached at www.RamsayResults.com.