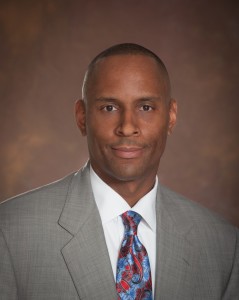 Barton Morris has been providing high quality criminal defense for over 20 years. He is an advocate for continuing legal education, as he has attended several programs and seminars to enhance and perfect his practice. Barton Morris is also an accomplished trial attorney, having been trained by Gerry Spence and the expert trial attorneys at the exclusive Trial Lawyers College in Dubois, Wyoming. Barton Morris is also the President of the Michigan Association of OWI Attorneys and a board member of several distinguished legal associations including the Trial Lawyer’s College Alumni Association and the DUI Defense Lawyer’s Association Justice Foundation.

Barton was selected by the State of Michigan’s Attorney General Dana Nessel to serve on the State’s Marijuana Legal Workgroup. He is also an active member of the National Association of Criminal Defense Attorneys and graduated from their National Criminal Defense Trial College in Macon, Georgia.

In March 2019, the Michigan Impaired Driving Safety Commission performed a very thorough study on whether a THC contraction, like 5 ng/ml of blood, would equate to intoxication similar to .08 g/210 of breath or 100 ml of blood alcohol.

Barton Morris was the only criminal defense attorney who presented to the commission along with other experts like Marilyn Huestis, who is widely believed to be the foremost expert. In a report released in March of 2019, the commission found that a single concentration cannot reliably be used as per se evidence of intoxication. This report will likely preclude the Michigan Legislature from adopting any nanogram concentration level like other states have done.

Morris has enjoyed a very successful and distinguished career as a trial lawyer. He is known for his trial preparation by fellow attorneys, judges and prosecutors. As a trial attorney, he is dedicated to attaining justice in every case. Mr. Morris fights for his clients and does not take a case just to plead a client guilty. He believes that effective trial litigation and preparation is how you achieve the best results. He is also a seasoned federal criminal defense attorney, having practiced extensively in the Eastern and Western Districts of Michigan. Barton Morris was chosen as a Top Lawyer of Metro Detroit for 2012, 2013, 2014 and 2019 for criminal defense by DBusiness and Hour Magazine. He is rated 10/10 by AVVO and has been selected to Super Lawyers® for 2014-2019. He is the very first and currently only lawyer in Michigan to earn the prestigious honor of ACS-CHAL Forensic Lawyer-Scientist.