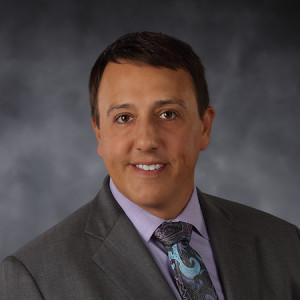 Armando Edmiston is a former U. S. Marine and Florida Trial attorney with a science degree background. Armando Edmiston graduated from the University of South Florida with a Bachelor of Science focusing on biology. During his tenure at U.S.F. he worked in an undergraduate laboratory where he learned and worked with DNA polymerase reaction to target and study changes to certain strands of bacteria. Mr. Edmiston then attended Nova Southeastern University for law school where he graduated Cum Laude while he worked at a top rated Ft. Lauderdale law firm specializing in complicated multi-million dollar medical malpractice cases and personal injury cases.

After graduating Cum Laude in law school, Mr. Edmiston became a public defender for the 13^th Judicial Circuit in Hillsborough County where he represented juveniles and adults charged with crimes. During his term as an Assistant Public Defender Mr. Edmiston started focusing his efforts and skills to defending DUI charges and quickly became one of the leaders in the area. After leaving the public defender’s office, Mr. Edmiston founded the Ask 2 Amigo law firm located in Tampa Florida. Armando has been in practice since 2007 and has represented hundreds of people charged with DUI. Additionally, Ask 2 Amigo law firm handles serious Personal Injury cases as well as other Criminal Defense charges.

In 2015, Armando Edmiston is honored as being one of the first lawyers in Florida to be designated a “Forensic Lawyer Scientist” through the “American Chemical Society – Chemistry and the Law Division.” Mr.Edmiston is a graduate of the Forensic Chromatography, Solid Drug and Driving Under the Influence of Drugs courses at Axion Training Institute and Analytical Laboratory in Chicago, Illinois. Additionally, Armando Edmiston has received further education and training on the administration and interpretation of standardized field sobriety testing and drug recognition examinations.

Armando is regularly asked to consult with both private and public attorneys throughout the State on issues of breath and blood analysis.
Please visit his Website: Ask2amigo.com